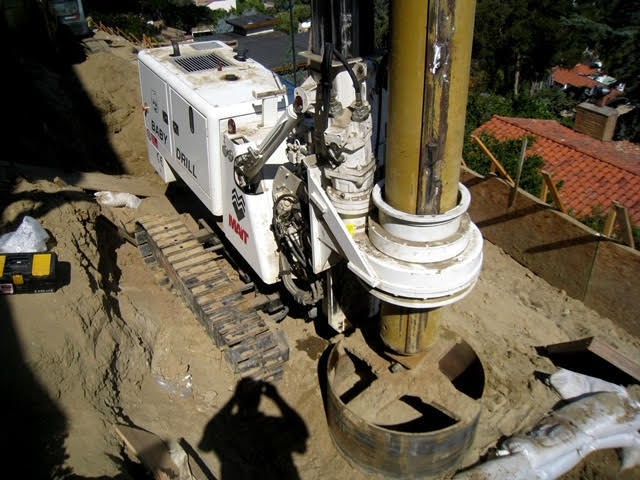 Since the dawn of time, human beings have had a natural tendency to want to explore the world around them. It’s why sixty years ago there was a race to the moon between two competing nations. And just like human beings have explored their natural habitats and built rocket ships to explore beyond Earth’s atmosphere, a similar quest to understand what lies beneath the surface has occupied scientists for years.  Interestingly enough, so much of the materials that we use on a regular basis come from beneath the earth’s surface and are obtained either by drilling or mining. The drill bit is the tool that assists with much of this difficult work, it is the darling of the drilling world.  Because beneath the surface of the earth, lies the resources that move the world forward when talking about oil, gas, and other raw materials we use to keep things running.

Here at LB & Sons, we know a thing or two about going beneath the earth’s surface. Our services include various kinds of drilling and earthwork. We are fascinated by the advancements of today’s drilling industry and how the machinery and equipment have reached levels of sophistication never before imagined. A drill today can be quite powerful and dig into the earth as easily as the biggest machines did a few decades back. In any case, we thought we’d dedicate some time to some of the very important missions aimed at finding what lies beneath and how they impact all of our lives.

It was, in fact, the mission to the moon that obscured the hard-earned efforts of geologists looking to explore deep into the earth’s surface. In the spring of 1961, a group of geologists began drilling a hole in the seafloor near Baja California. This earth-bound expedition was meant to go through the Earth’s crust and reach the underlying mantle. The mission was largely overshadowed by the very romantic and popular mission to the moon that John F. Kennedy spearheaded and used to invigorate the country’s morale around the same time. The space program required massive funding and support and so other programs, like the one looking to take a peek at earth’s crust, were left with slim pickings of federal funding and were thus largely abandoned. The attempts continued, however, and geologists are bullheaded in trying to reach the mantle. Many efforts have attempted but failed: some due to technical glitches, bad drilling spots, and etc. These efforts have not been in vain and have proved that it is quite possible to drill that far down. A more recent attempt happened in the Indian Ocean as is currently in the first phase of drilling.

If you take a look at the drill bit used in these expeditions, it resembles a giant metal crown of sorts, with various protruding layers.

The Inner Earth, a Quick Review

Let’s do a quick review of the earth’s innards. The layer in which we walk around is the continent, then there are the oceans and the ocean floor. It is beneath that that you get the crust of the earth, which varies from 3-5 under the oceans to as much as 25 miles beneath the continental layer. It is made up mostly of granite and other rocks. Then there is the mantle which consists mostly of ultramafic silicates. Then, of course, is the outer and inner core. The core consists mostly of iron, nickel, and sulfur, while the inner core is rigid.

And why do we need to reach the mantle?

Well, this would help planetary scientists get a better idea of the raw materials that may have been there when earth first formed. Up to this day, scientists have gathered quite a bit of data from the mantle without quite digging into it. The paths of seismic activity have given experts a lot of information regarding density, viscosity, and other characteristics.

A Bit About the Drill Bit

Any metalwork, woodwork, or construction project will involve— in some way or another— a drill bit. That’s because the bit was designed for one purpose: create a hole in a surface, but it also helps with proceeding stages of the drilling process including tapping, countersinking, counterboring, and reaming. This seemingly harmless little tool helps to accomplish much of today’s important construction and drilling work. It allows the user to dig holes in many different types of surfaces. Common types of drills will use different forces including manual drills, electric drills, and those that use compressed air called pneumatic drills. The history of the drill bits goes back to the early man when he discovered that a rotary tool was good at digging through surfaces. The drill bit depends on its various angles. In the 13th century, man began using these drill bits, as people discovered that adding pieces of copper to the tubular section would dig through a surface much more effectively.

While LB & Sons is not exactly trying to get to the mantle, we do have some of today’s most sophisticated machinery and equipment made for drilling. Going in through the earth’s surface is what we do every day! So when you need some drilling done, only trust the pros. A badly handled drill is a dangerous thing.